Not far from the hustle and bustle of Lake Garda lies Lake Ledro, whose crystal-clear waters easily reach temperatures of 20 °C in summer. Set amid dense forest and mountain peaks that soar to 2,000 metres, the beautiful Ledro Trek routes are almost always open, whatever the season. The long-distance paths – Ledro Trek Low and Ledro Trek Medium – are therefore the best way to explore the region with its well-preserved villages, farms and Alpine pastures.

A route for experienced hikers, this trek of just under 18 kilometres runs along the south-facing slopes of the Ledro Valley and can also be done in a day – but those who like to take their time on a hike, getting to know land, people and the excellent cuisine, can also make it a two-day trek. The two longest climbs, involving ascents of some 300 metres, represent the biggest sporting challenge en route: in return you will be repeatedly rewarded with fabulous panoramic views of the lake and its surrounding mountain peaks. And don’t forget to pack your swimming costume, as there is nothing quite so fine as jumping into the azure waters of Lake Ledro after a long hike!

This mid-level, two-stage route is one of Trentino’s true hiking highlights. Starting in Pieve di Ledro, there is a straightforward climb up to Monte Cocca then on to the Madonnina in Besta which, according to those in the know, offers the best views over the lake. The second stage starts in Molina di Ledro and climbs leisurely along the Ledro Land Art trail into the wild Val Scaglia, then continues to the high pasture of Sant’Anna. From there the trail descends back towards Pieve di Ledro. Totalling just under 28 km and with a height gain of 2,100 metres, this two-day tour is recommended for all enthusiastic hikers: no special technical knowledge is required, while close-up views and wider perspectives of the beautiful region around Lake Ledro are guaranteed! 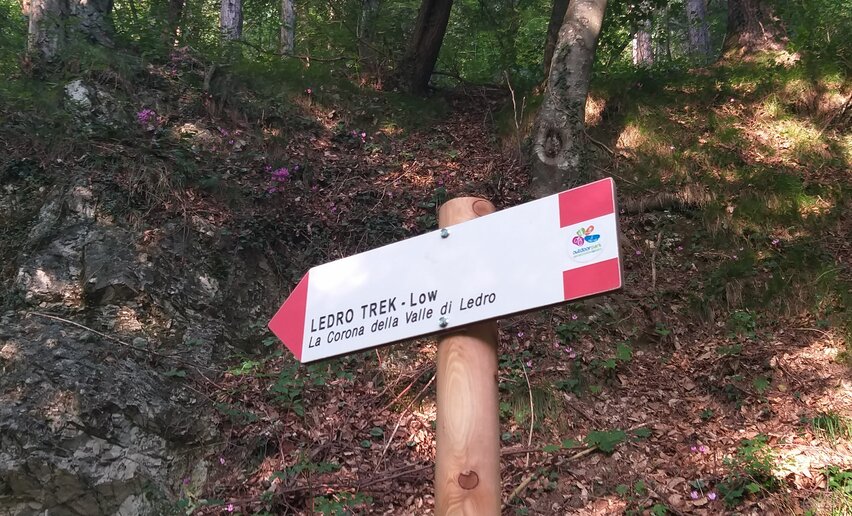