A jewel of sacral art in the territory. It is situated on the road to Prabi, in via Legionari Cecoslovacchi. It was first mentioned at the beginning of the XIV century, as local documents show.
Very precious are the series of frescos, both under the external arcade and on the inside of the church. They are dating back, even if they aren’t coeval and those on the outside overlapping, to the early XIV century. The church underwent various events. In the XVIII century the church was left in charge of the hermits, but little by little it was abandoned; in 1882 it was restored and the beautiful frescos, covered with layers of lime, came to light; during the First World War the church was damaged, still visible on the outside, and then it was closed for a long time. The latest restoration, in 1983, brought it back to the present condition. 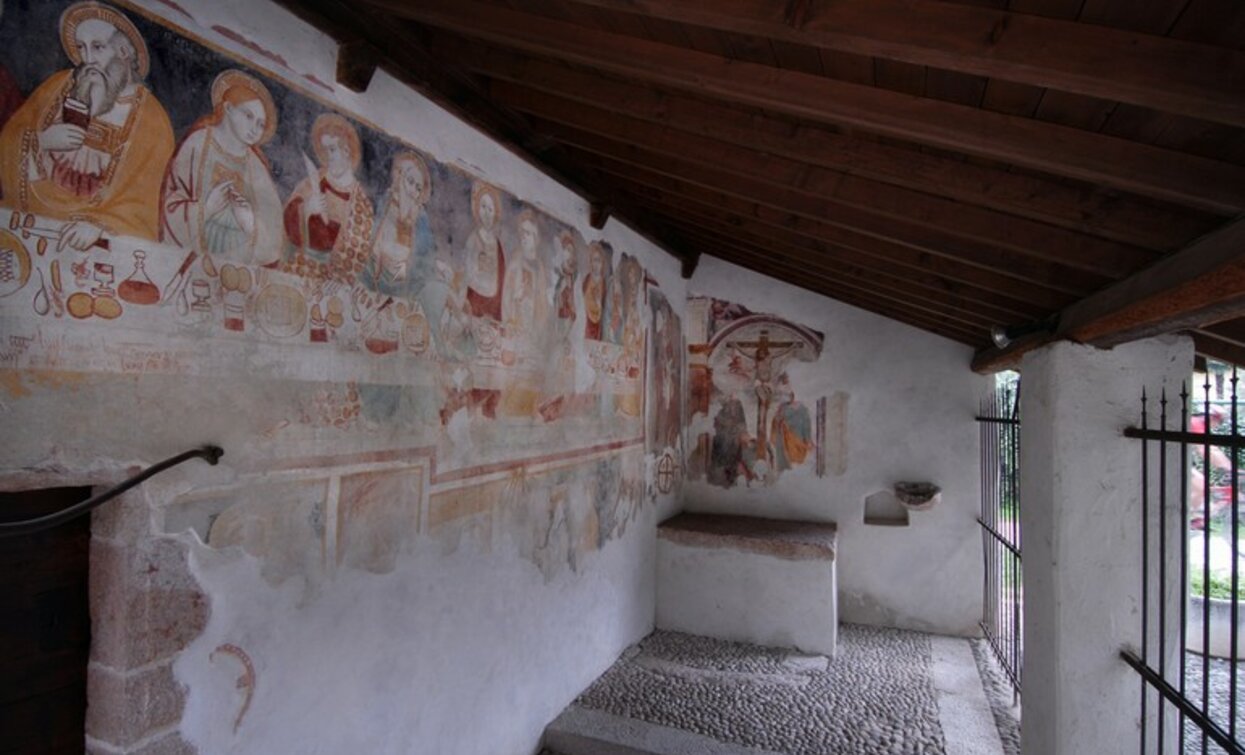