After the bucolic landscapes of Val Concei, the road gets up to Malga Trat and Rifugio Pernici, one hairpin curve after the other. The descent, technically a bit more demanding, unfolds through the fields and pastures that overlook the village of Locca.

During the Great War, Trat was a strategic area for the control of Val Concei. For this reason it was heavily fortified by the Austrian army. Rifugio Pernici was thus first built as an Austrian barracks for the Kaiserjäger and Standschützen (i.e. infantrymen and artillerymen) serving along the Ledro front.

On the way down, the church of Locca, located on a particularly sunny hill, provides a perfect viewpoint over Val Concei.

On the way down, please be particularly mindful of hikers.

Part of the path between Doss the Preghen and the forestry road to Locca is a bit rough.

Follow the cycling path towards Bezzecca. At the playground turn right, cycle through the village and turn into Via Lamarmora. After the football pitch turn left. Pedal along country lanes to Lenzumo. At the public weighing-machine turn right towards Malga Trat. Pedal to Bocca Trat and Rifugio Pernici. Get back to the malga along the same route and, on the way down, turn left onto the forestry road leading to Doss de Preghen. After a while take the path to the right, which soon joins the forestry road to Locca. Turn into Via Delio Brigà and cycle back to Pieve along the old asphalt road now closed to traffic.

Where to park
Car park near the tourist office.

It is advisable to carry everything needed to cover the whole route in full autonomy (water, food etc.). 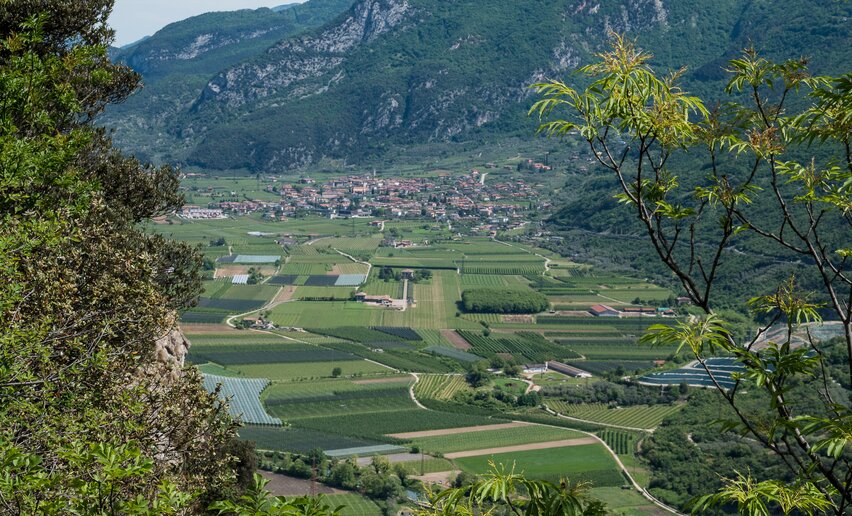