Recent excavations have brought to light a number of finds that tell the story of the island and its inhabitants.
Traces have been found of the walls which protected the settlement and the dwellings which were occupied for about 200 years between the 6th and 8th centuries.
On the island hilltop, there are visible remains of a church dedicated to Saint Andrew, the fisherman disciple, from whom the island took its name. When it was no more, a votive chapel was built on the site, quadrifrons, and this is now partly in ruins. About halfway along the lovely cycle track between the San Giovanni Pass and the village of Loppio a causeway has been built to the island which can only be crossed on foot. Across the narrow channel separating the island from the mainland, an easy path leads to the hilltop and then comes back down again, touching on all the points of interest on the site. It affords the visitor marvellous views over the entire biotope with its lush vegetation and marshes.
All the finds are well-illustrated with information panels which provide concise detailed descriptions; qrcode provide access to further details on finds. 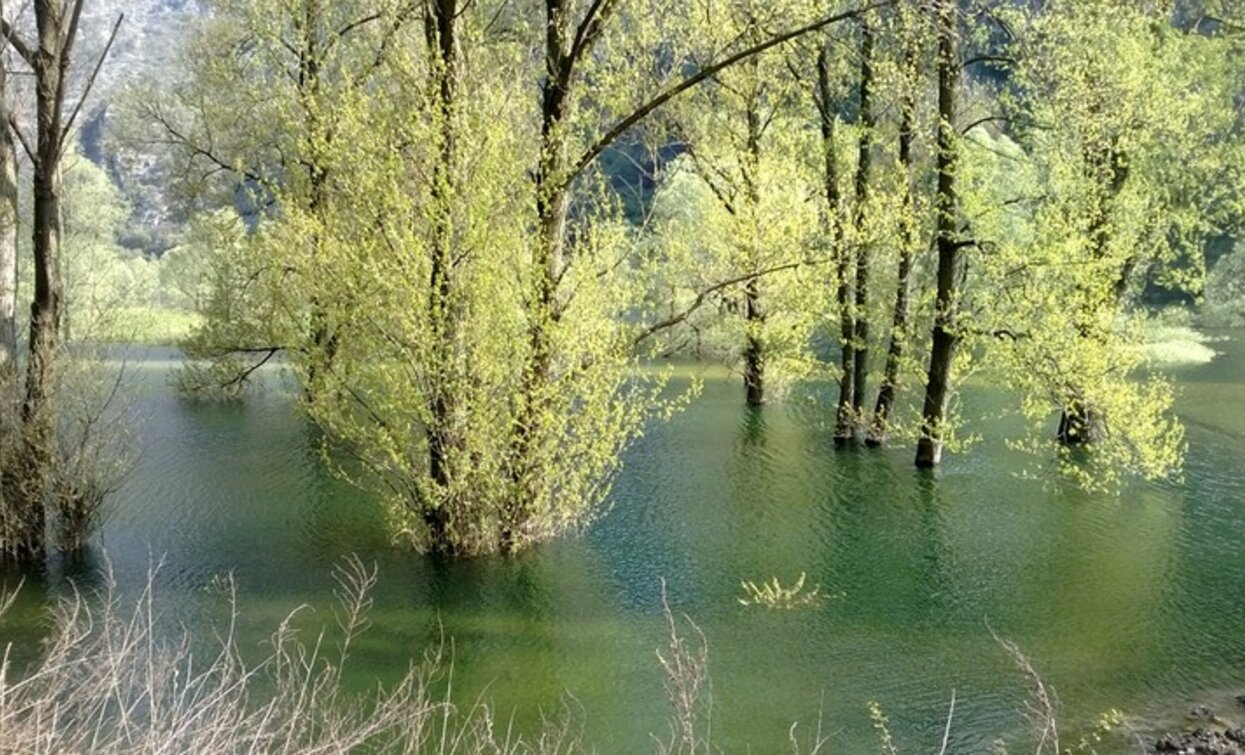 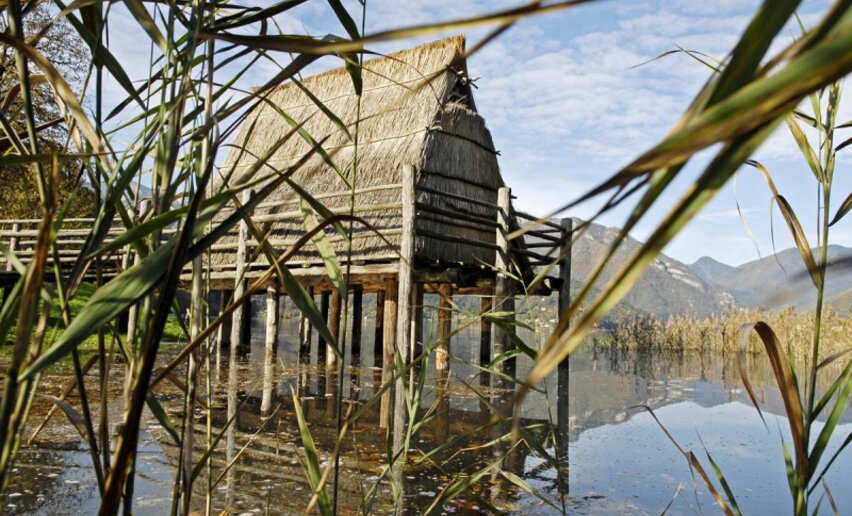