The ruins of Penede Castle surround the colossal rock extending towards Lake Garda above Torbole. The seat of a prehistoric construction with walls, maybe a place fortified by the Romans and first mentioned in 1210. The Arco’s Feud was disputed by the opposite factions during the wars between the Guelph and the Ghibellines. In the twelfth century it fell into the hands of the Castelbarco and then the Arco regained possession. In 1438 it was conquered by the troops of Veneto under leadership of Erasmo da Narni, known as Gattamelata. Taken by the Imperial troops of Maximilium of Austria, it returned to the Arco in 1509 as a Tyrolese Feud. In 1701 it was occupied by Eugenio of Savoia’s troops under leadership of General Guttenstein. Two years later it was sacked and set on fire by the French-Spanish troops of the Duke of Vendôme. The rocky spur of the castle was fortified by the Austrians (1914) with artillery (pieces of 80 and 100) in connection with the fortresses of Nago.

It has an exceptional panoramic view, a real “observatory onto Lake Garda”. In the underlying wood we find the ruins of an enormous lime wall (probably a Roman tower) with parts of a staircase in red stone. Cleaning the site, clay tiles, Roman coins and pottery were found as a proof of the Roman presence.

Closed until a later date 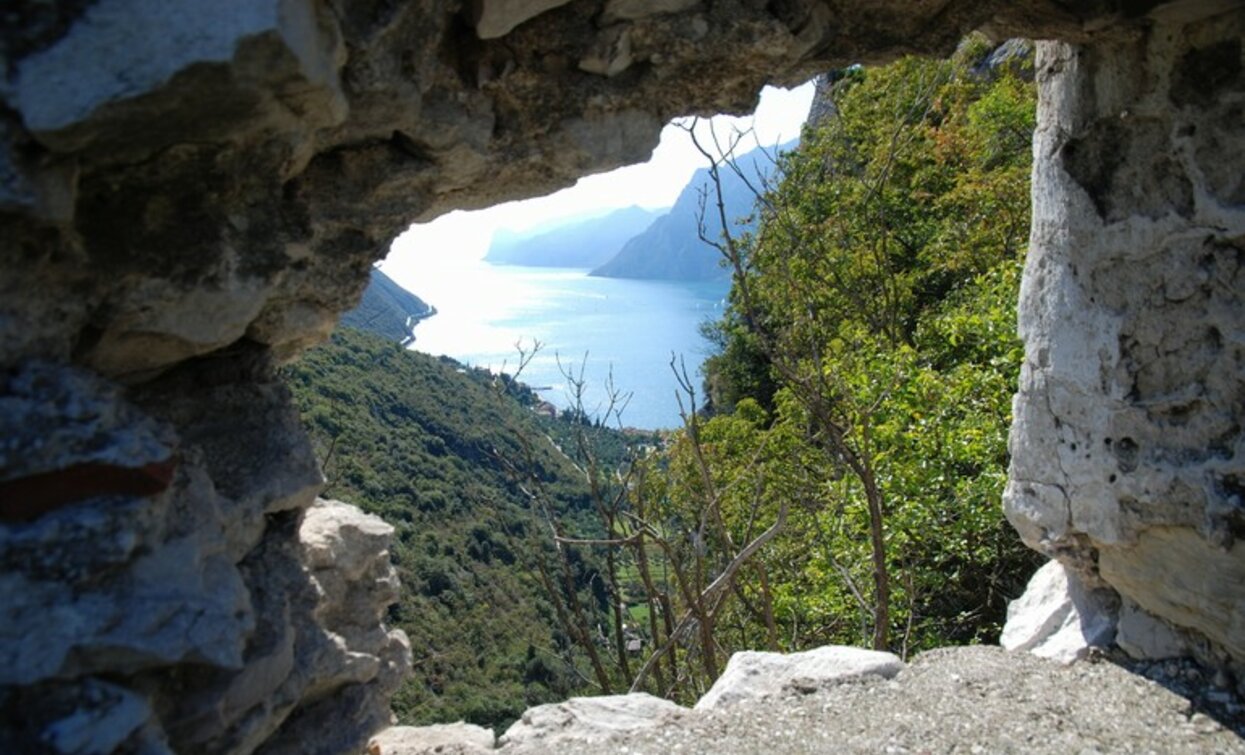