Back
Back
Forte Batteria di Mezzo

Located on the Path of Peace on Mount Brione near the transmission antennas, it was built between 1898 and 1900. A mountain fort or Gebirgsforts (third generation): a fort built on the hills when the roadblock forts became no longer sufficient to control the territory.
Part of the building is in squared stone, including a number of large pieces of granite, while the covering is in concrete. It could host around 100-150 men.
In 1915 it was endowed with a long and very spacious tunnel which led to lookout posts along the sheer rock face of Mount Brione. The fort was used to control the area of Nago and the mouth of the river Sarca.

Outline of the Itinerary

From the San Nicolò Fort, we make our way up along the Sentiero della Pace (the ‘Path of Peace’) which, following the ridge of Mount Brione, first leads us to Fort Garda and then to the Midway Battery.
On reaching the Midway Battery, we take the path through the forest which, at the first bend we encounter as we go downhill, brings us to a track which leading to the asphalted road of Mount Brione (no car access). Carrying on along this road, we come to a footpath on the right which leads slightly uphill to the Fort of Sant’Alessandro. Keeping to the Path of Peace, we come to the esplanade that housed the gunpowder kegs. From here, we take the asphalted road once more right down to the starting point near the port of San Nicolò.
Given the relative ease with which in the Spring of 1848 the columns of the Franco-Lombard corps managed to penetrate Western Trentino, during the First War of Independence the issue of the control of the valleys leading down towards the Po Plain arose once again. From the second half of the 19th century up to the First World War, when Trentino became a borderland, five generations of forts were built, changing to reflect the ways in which wars were fought. 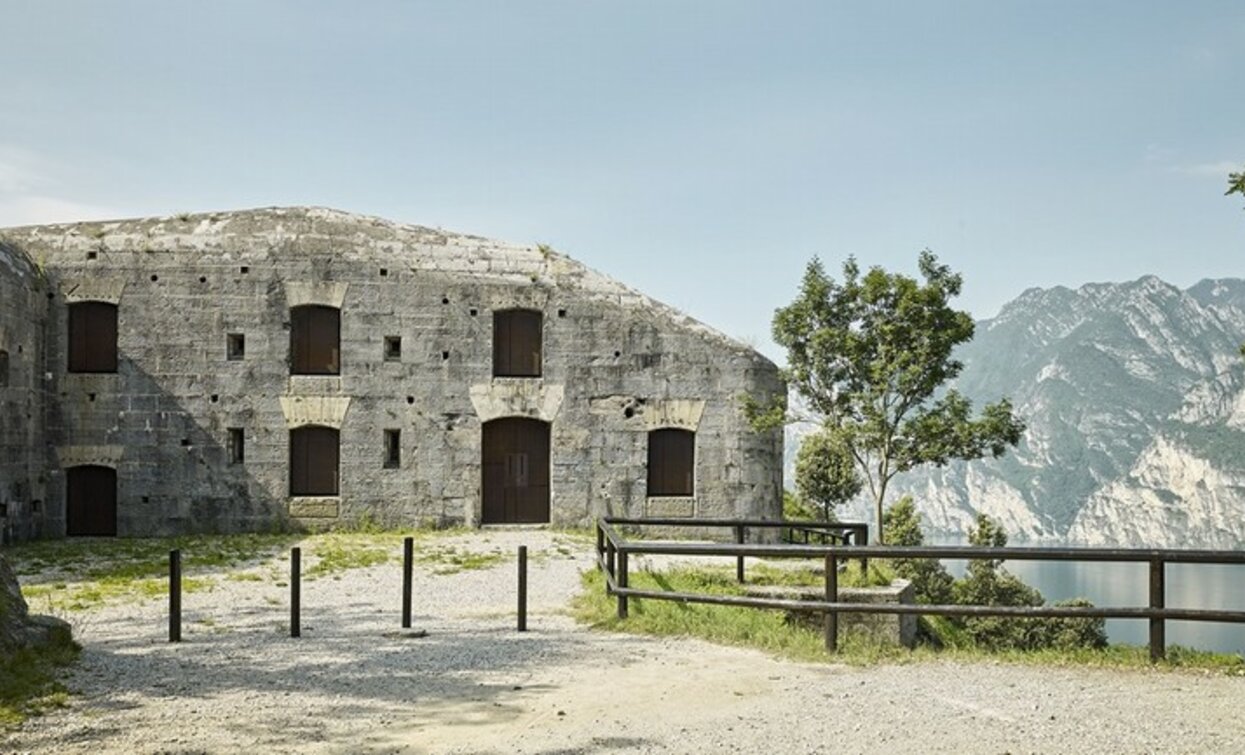