This is one of the so-called Ville del Monte, the four hamlets on the slopes of Calino. Along with Canale, this is one of the best preserved medieval towns. It is well worth visiting the church of San Giovanni Battista, dedicated to Saint John the Baptist, recorded in a document in 1537, but built much earlier, as can be seen from the frescos in the interior. The facade is decorated with a lovely 16th century Madonna and an altar used for celebrations in the cemetery which once surrounded the building. 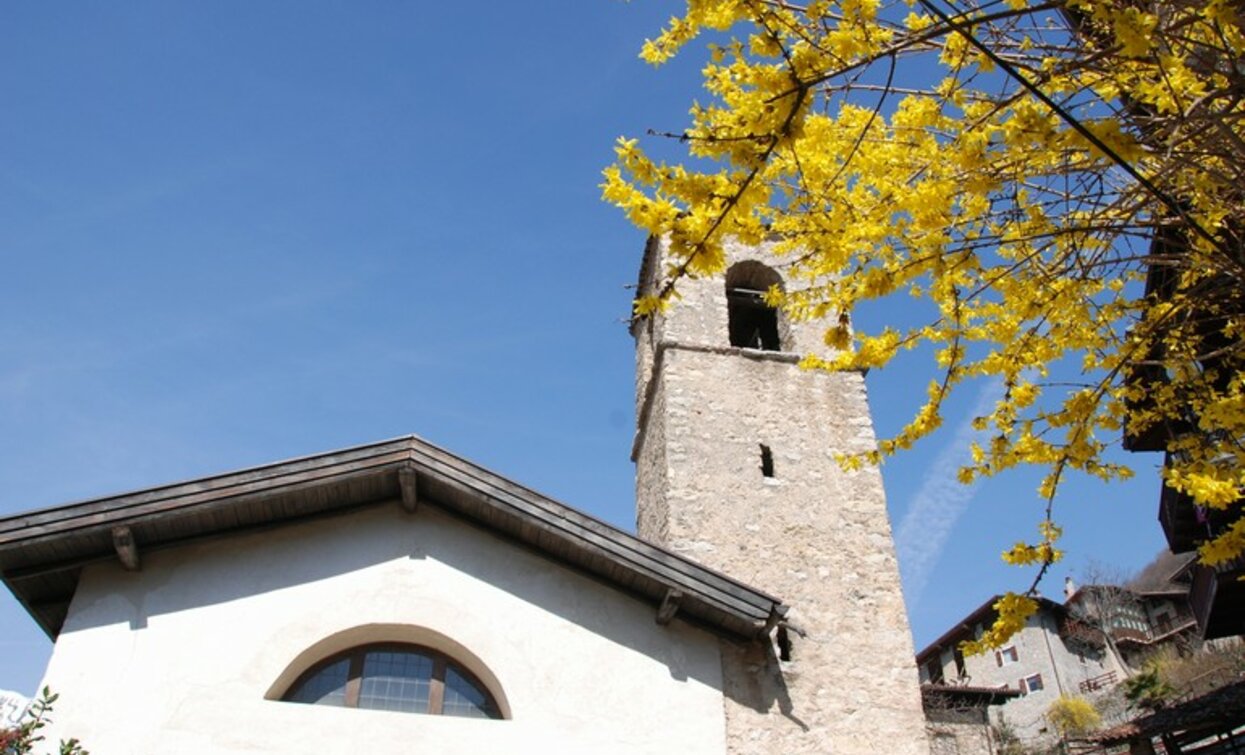