-plan with care your itinerary

-choose an itinerary that suits your physical condition

-if you walk alone it could be more dangerous

-pay attention to the signposts

-don’t hesitate to retrace your steps

The tour starts in S. Croce di Bleggio with a visit to the monument erected on the terraced hill overlooking the parish. Constructed in 1863, it boasts a height of 18 metres, 7 of which are the cross with the remaining 11 metres being the base section.

The monument is embellished with several statues: 8 inserted in small nooks in the lower part of the cross, 8 in the recesses of the pedestal and 4 more, portraying S. Silvestro, S. Andrea, S.Costantino and S. Elena, located on the 4 corners of the platform.  Afterwards, it’s worth paying a visit to the parish church itself which first made news in 864 and later in 1135.

From the inside you can access a roman crypt, a small evocative temple dated XI-XII century, the central part of which is almost fully preserved.

The existing church structure encompasses one of the few examples of religious buildings from the Renaissance era in Trentino. The tour continues along the paved street to the left of the church, descending into the village of Gallio, and through the countryside you will reach Bono and S. Felice’s church.  This small church, of modest appearance, reveals inside beautiful frescoes realized by Cristoforo Baschenis, dating back to the XV century. Continue along the flat road until you reach Comighello, where you will join strada provinciale N° 5 del Bleggio. Cross the road to enter the town centre and take the first left to join the main road, along the pavement, which leads to Sesto.  As you approach the first houses, turn right into one of the town’s streets leading to the heart of Sesto to admire its charming architecture. When you reach a small fountain at the bottom of town, turn left and walk up the street to join a road parallel to the previous one. Turn left again, pass under a bridge until you re-join strada provinciale and shortly arrive in Villa. At the entrance, you will find S. Giuliano’s church, most likely constructed in the late Middle Ages. Inside, you can admire frescoes depicting tales of the saint, the Magi’s visit, the Crucifixion, the Resurrection, the Annunciation of Our Lady and other images of saints. The frescoes, like those in S. Felice’s, have been accredited to Cristoforo Baschenis. Continue on the main road, following a gentle slope, until you reach S. Croce again, where you started this walk.

How to get there
From Ponte Arche/Comano Terme go in the direction of Bleggio and stop when you arrive in Santa Croce (5 km).
Where to park
Free parking lot in Santa Croce. 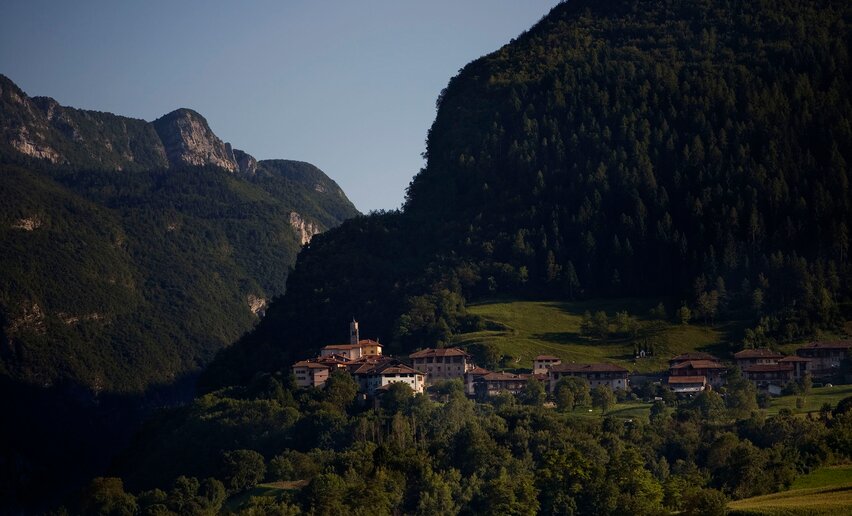 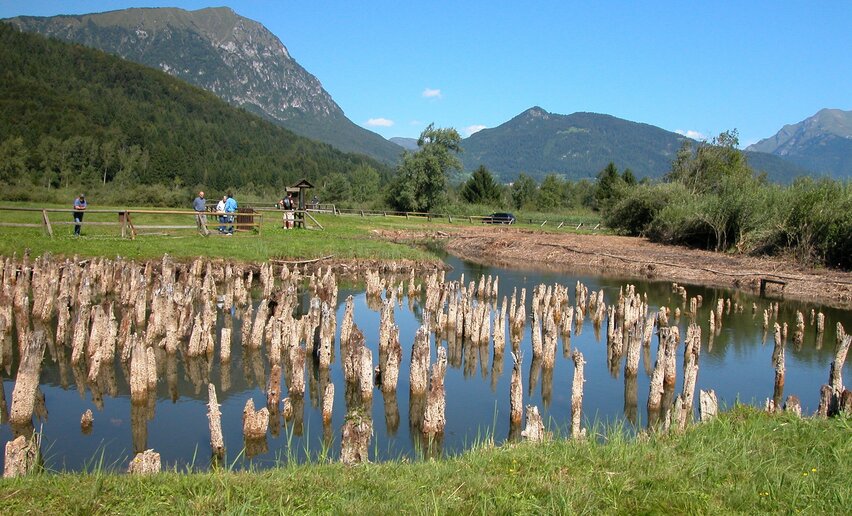 Intermediate
Add to favourites
Comano
A walk through local history 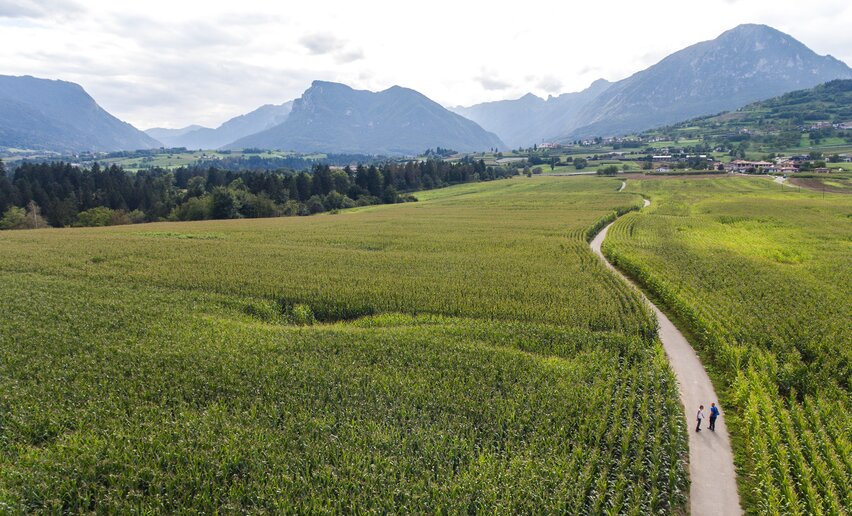 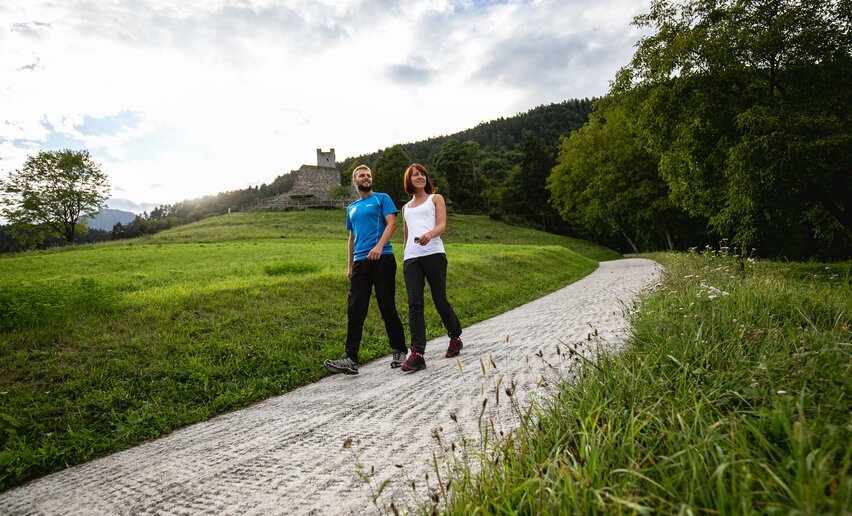