EEA: for experienced and properly equipped hikers only.

Punto di partenza
Bochet de Spinera
Directions
Near Bochèt di Spinèra, which can be reached from Pieve di Ledro in about two hours by path 456, you start to climb up the wooded north-eastern slope of Monte Corno and then the eastern slope which has a series of rocky crags without vegetation. Walking along a grassy gorge you reach a small fork and south of the slope the equipped route starts, which follows the rocky ridge as far as Cima Casèt. From Bocca di Casèt you can descend along paths 419 or 416.
public transportation

Where to park
Car park near the tourist office in Pieve.
You might be interested in
Discover related tours 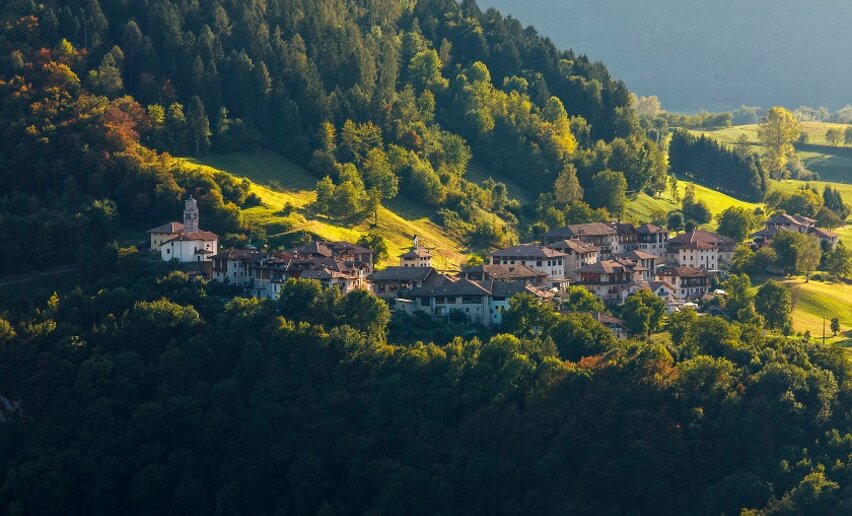